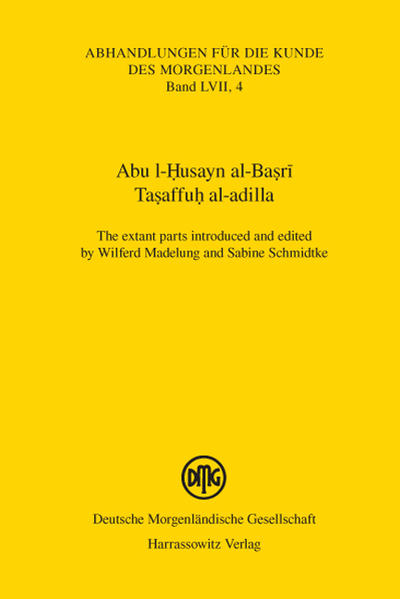 Abu l-Husayn al-Basri (d. 436/1044) was the last innovative thinker of the Mu‘tazila who later came to be known as the founder of the last Mu‘tazili school tradition. His doctrine had a lasting impact on the theological thought of Zaydis and Twelver Shi‘is within Islam and, within Judaism, among the Karaites. Most of his theological writings are lost, and his thought can be reconstructed only on the basis of the writings of his later followers. Recently, three large fragments of his magnum opus in theology, Tasaffuh al-adilla, have been discovered among the Genizah material of the Firkovitch Collection (St. Petersburg). The volume contains an edition of the preserved fragments (in Arabic language) together with a detailed analysis of these texts (in English).


We use cookies to personalise content and ads, to provide social media features and to analyse our traffic. We also share information about your use of our site with our social media, advertising and analytics partners who may combine it with other information that you’ve provided to them or that they’ve collected from your use of their services.